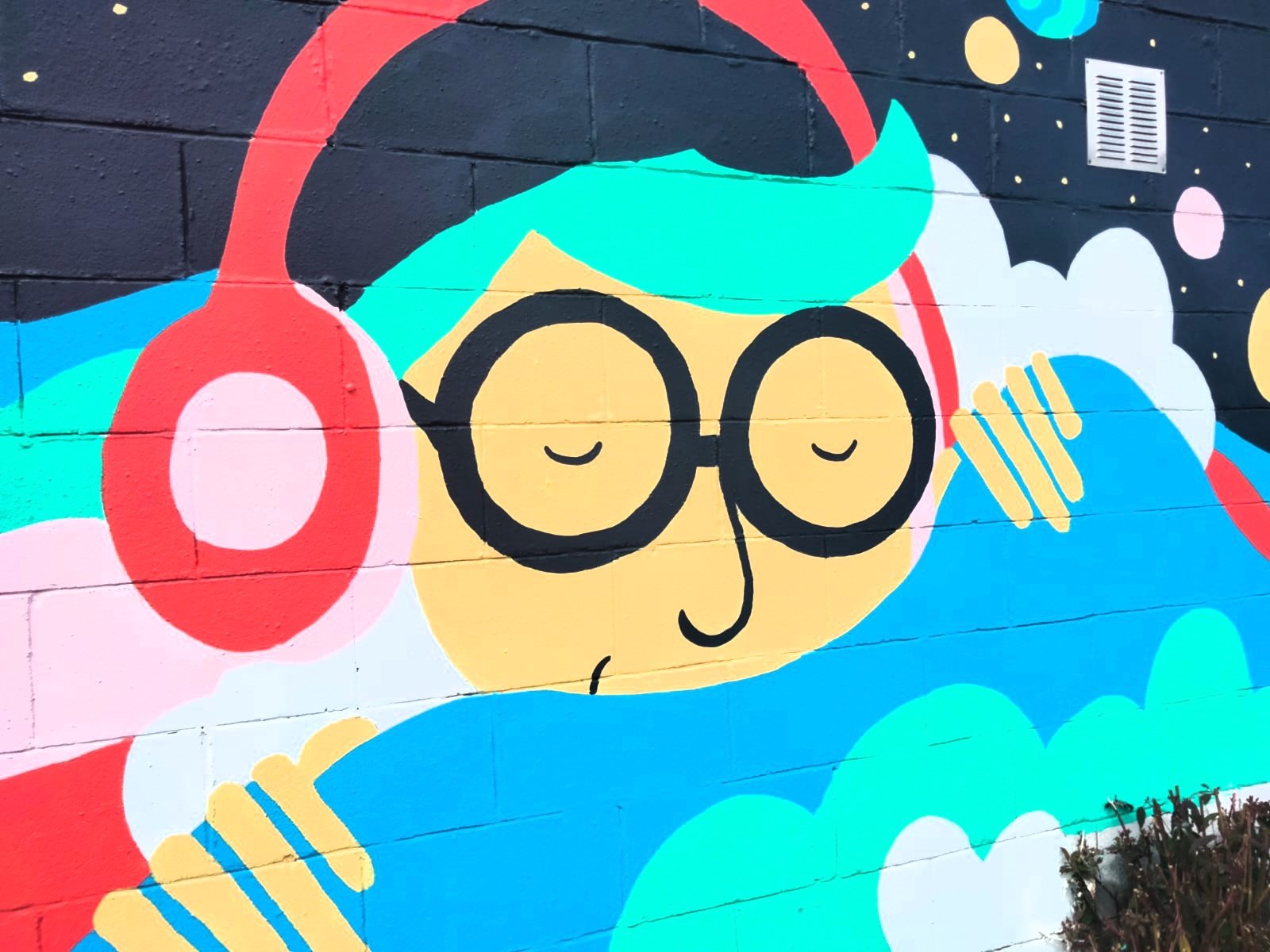 Between June 22nd to 28th 2021, a host of street artists arrived in Dún Laoghaire to transform the town’s streets into an open air canvas. Dún Laoghaire Anseo, brought to you by Dún Laoghaire-Rathdown County Council in conjunction with The Walls Project, has seen 14 locations transformed in a project that will brighten the Summer Streets of Dún Laoghaire.

This project aims to create an open-air art gallery in Dún Laoghaire town, using its walls and doorways as a canvas to showcase the best of urban street art. Initially conceived of as a way to brighten up urban areas and encourage footfall, the Project can perhaps take on a new life in the context of COVID-19, reflecting a move towards brighter days, and with it bring an optimism that has been difficult for many to maintain over the last year.

The Boylan Youth Centre was chosen for a long overdue facelift!!

Bloom The Art Project was an integral part of this amazing project, working with the young people of Crosscare Youth Service and with members of the Dun Laoghaire community to create this mural.